Lights, Camera, Action! The curtain rises and onstage stands Sharkapella, an a cappella group made up of high school students who regularly return to Franklin L. Williams Middle School to work with their former middle school teacher, John Flora. They are poised and ready to blow the crowd away with their incredible voices. John smiles proudly from a distance as his current middle school students watch their old classmates with admiration.

John has been a Little Kids Rock teacher for seven years, and the fact that former students come back to middle school to work with him and mentor younger students speaks volumes to the sense of community he has created in the school’s music room. Each week, John teaches 30 classes of general music, but after school is when he shines. He teaches Modern Dance and Choir, and Modern Band, both after school and every morning before school for anyone who can attend, and many do attend year after year!

John uses his before and after school programs to give students an opportunity to lead the class, putting them at the center of their own learning experience. He also coined the term “de-rock-racy,” encouraging students to have a say in what music they learn. Each student gets hands-on experience with instruments, often rotating around the classroom so that all kids have the chance to learn multiple instruments.

Inspiration is never lacking in his class, and his drive to succeed comes from his kids. “I grew up with a father who was a musician,” he says. “Whenever people ask me what instrument I play, I say ‘music teacher’ and my instrument is ‘my students.’” John feels like the bridge between the students and everything that Little Kids Rock has provided for him. 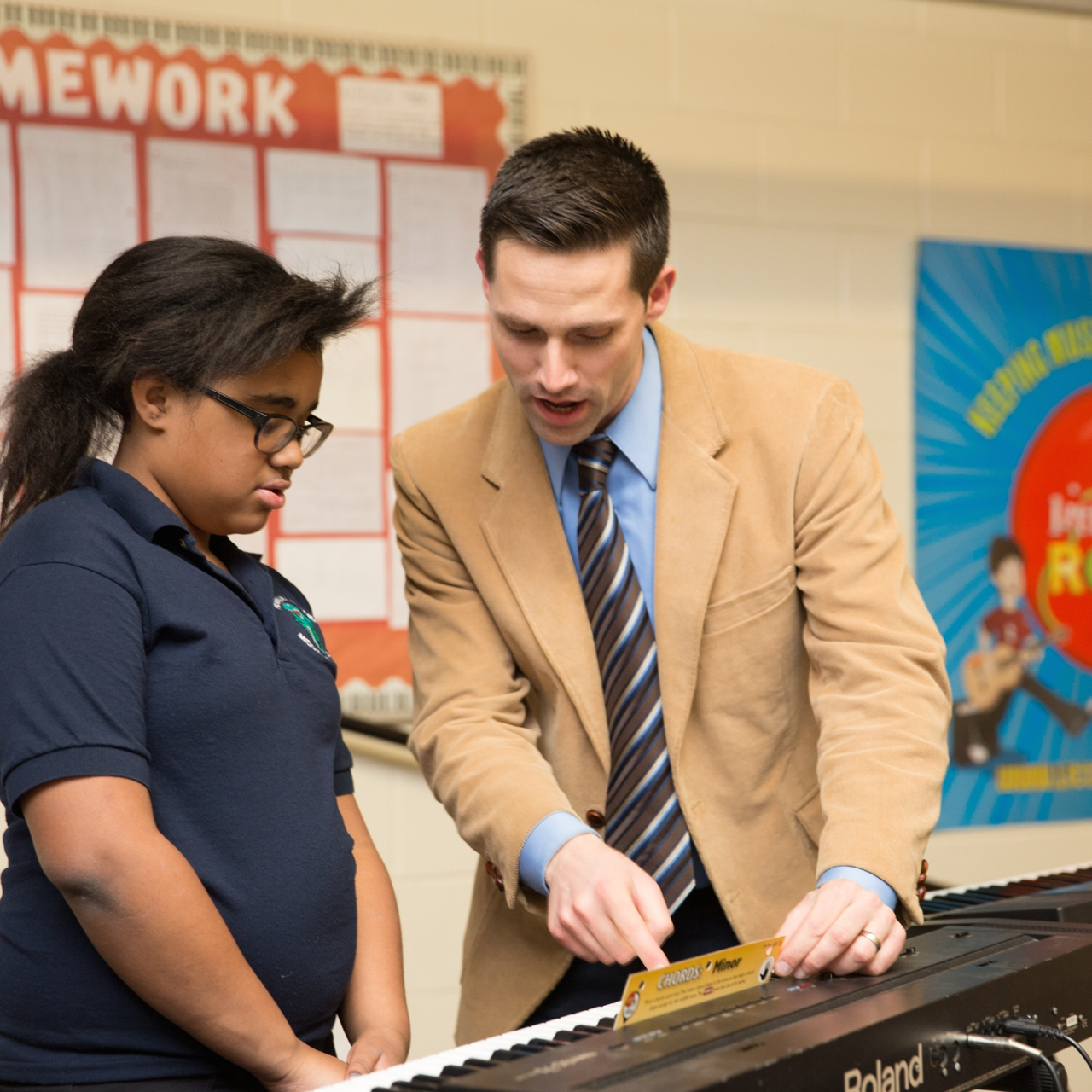 Being nominated for the Music Educator of the Year Award for the second year in a row is a gratifying feeling for John, but he is more honored that the Grammys have established this award to honor the profession than he is to be recognized himself. “The government should look at the model The Grammys have set up and give more recognition,” he says. “Have a Grammy for nurses and other teachers! This raises the bar. It makes you put more pride and quality into your work.”

Watching his students grow from the beginning of the year to the end of the year and throughout their primary and secondary education is the icing on the cake. He sees the impact music has on his kids and that makes his job the best in the world!